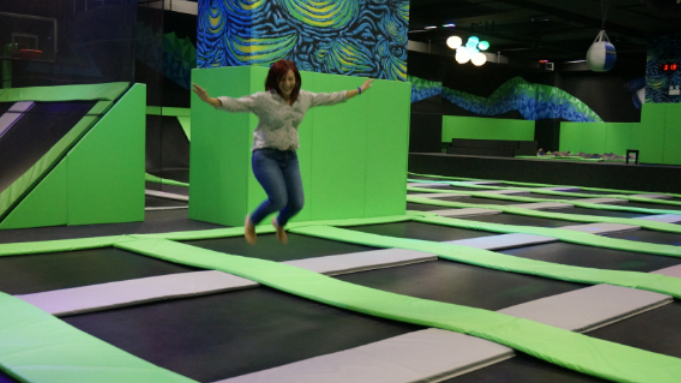 Here are some key points：

◆What is home trampoline

◆What are commercial trampoline parks

As a parent, are you still worrying about your child's addiction to mobile games? As a heavy eater, you can't grow fat and lose weight. Have you ever felt inferior and introverted because you don't like sports? Are you...? Then, family trampoline can solve all the above problems for you. Home trampoline is a kind of trampoline made of environmental protection materials with the advantages of stable silence and super-strong load-bearing. It also helps children grow up, promote digestion, and promote parent-child communication.

What is a commercial trampoline park?

1. Avoidance ball: Avoidance ball is a game that requires a high degree of teamwork and combination of strategy and tactics. The test is not only your physical strength and skills, but also rely on God-like teammates!

2. Sponge pit: Through the height and speed provided by the runway of trampoline, you can easily accomplish bouncing, flying, turning, landing and other movements, and truly experience pure happiness under weightlessness!

4. Space Ball Zone: Space Ball is a good jumping advantage provided by trampoline. It combines physical ability and skill of volleyball net blocking and handball attack in a pair-to-pair space. In terms of physical energy consumption alone, it is 68% higher than jogging. At the same time, it can greatly improve the balance, flexibility and comprehensive coordination ability of athletes.

The difference between family trampoline and commercial trampoline Park

So what are the differences between the two?

Home trampoline is mainly placed at home to play with children, can promote parent-child communication, can also help children grow tall; while commercial trampoline is mainly used for adult fitness, weight loss and so on, when used with professional video will make training better.

Trampoline is not only a good exercise, but also an amazing entertainment. Human nature is to yearn for flying, it is also the most beautiful memories of many childhood, so trampoline has enough charm to keep children away from sofas and computers. So trampoline park is not only a place for your fitness and recreation, but also the best platform for promoting friendship, family and team strength. Let's make an appointment with your friends and bring your family to experience it. I hope this article can help you understand trampoline park better, and also let you choose your favorite trampoline park better.